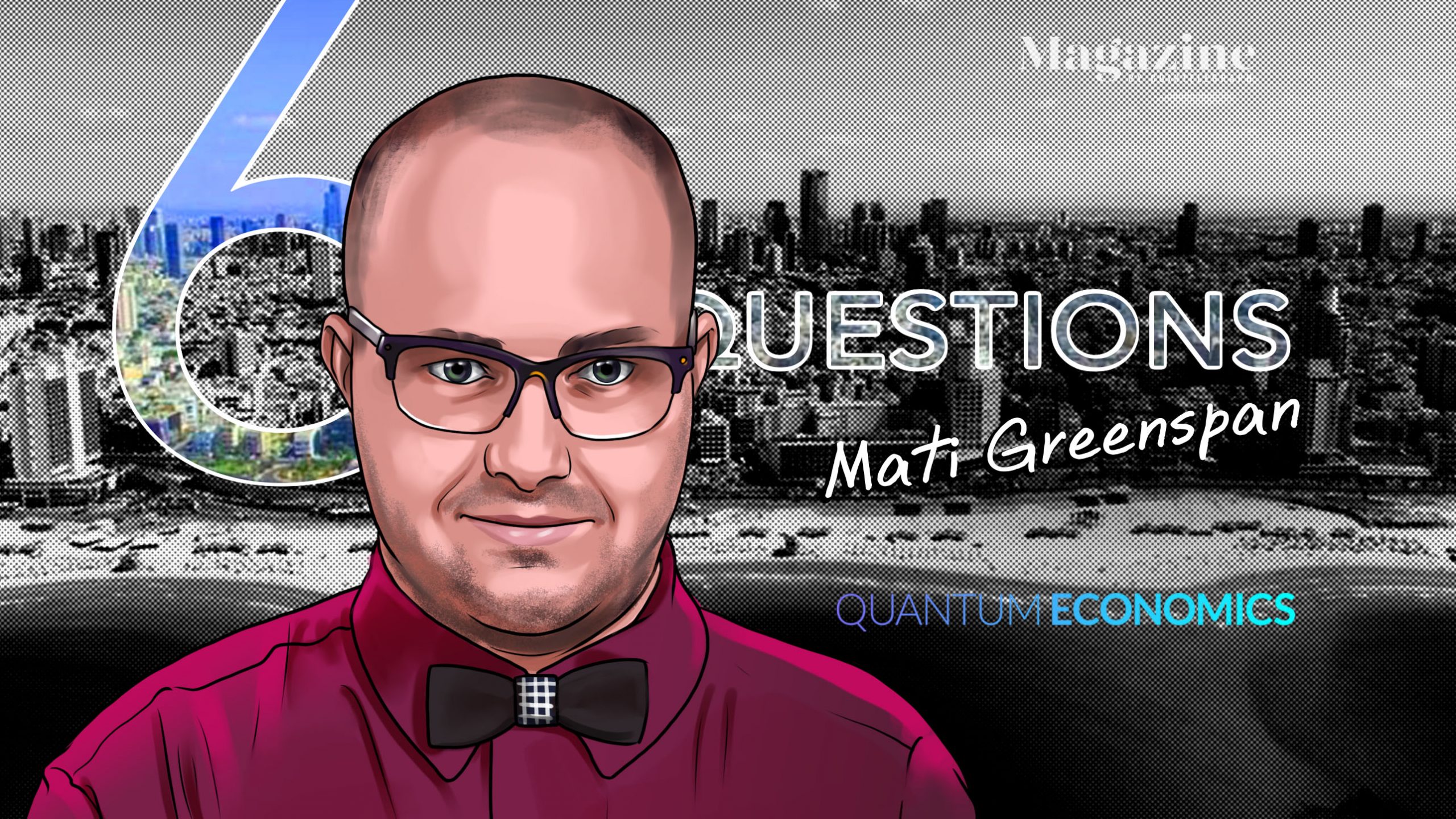 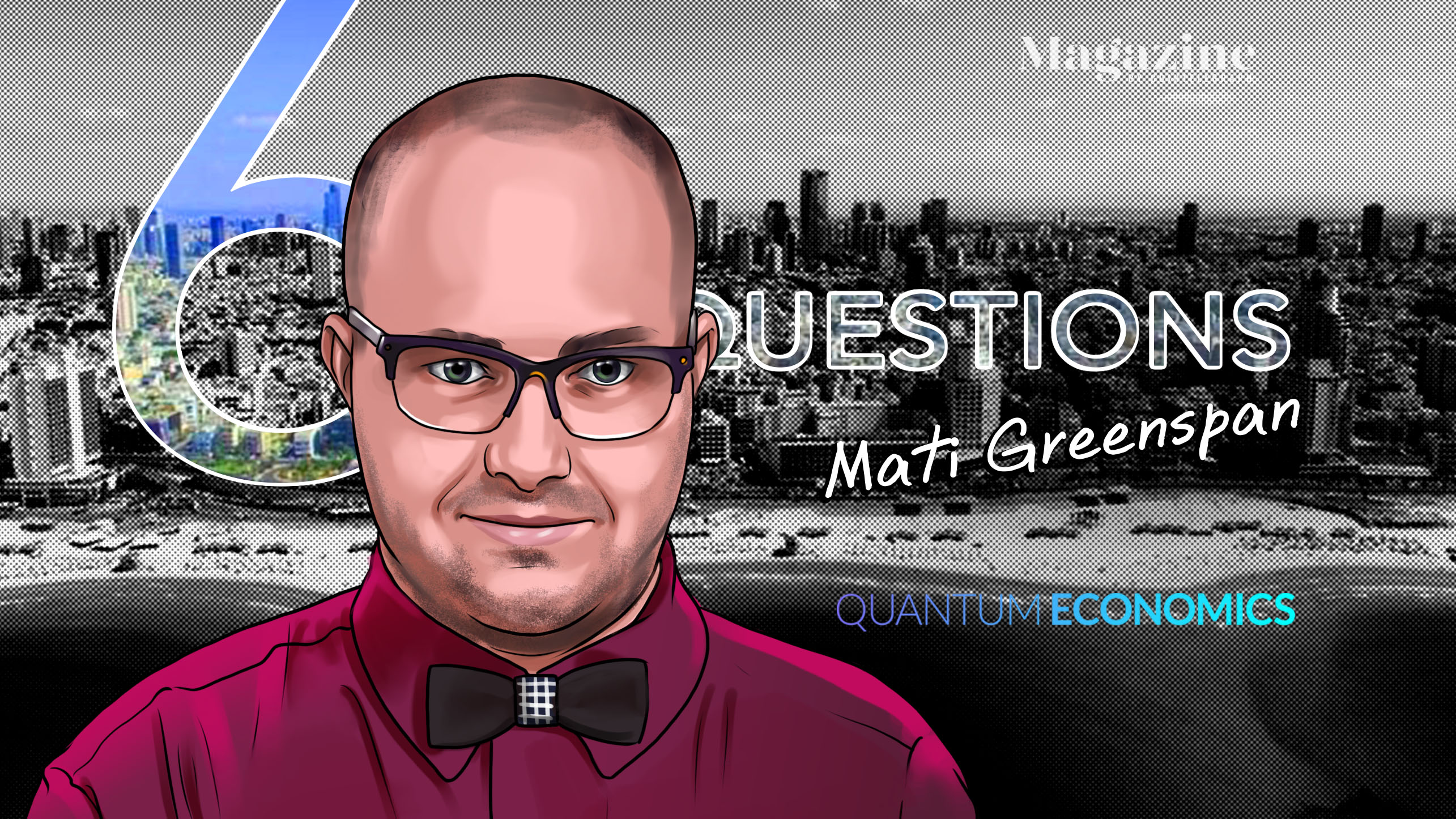 We ask the buidlers in the blockchain and cryptocurrency sector for their thoughts on the industry… and we throw in a few random zingers to keep them on their toes! This week, our 6 Questions go to Mati Greenspan, a crypto analyst and the founder and CEO of Quantum Economics, an investment analysis and consulting firm for the cryptocurrency space.Mati is the former senior market analyst at eToro and a licensed money manager in the European Union. He’s the co-author of the e-book The Complete Guide to Fintech Trading and Investments and currently advises publicly for LunarCrush, Electroneum and Luno. 1 — Does it matter if we ever figure out who Satoshi really is or was? Why, or why not?Even though our team is currently conducting extensive research on this, I don’t think we’ll ever be able to say definitively, and I kind of hope no one ever figures it out. There’s a certain allure to the mystery of Bitcoin’s origin that I think keeps people engaged in the network. 2 — What do you think will be the biggest trend in blockchain for the next 12 months?It’s really difficult to say that far in advance in an industry that moves this quickly. I’m personally looking forward to seeing more utility-based nonfungible tokens (NFTs). Using them to unlock exclusive content, as event tickets or as part of role-playing games, is extremely exciting. 3 — What’s a problem you think blockchain has a chance to solve but hasn’t been attempted yet?That’s a fun question. I would say free, fair elections are an issue that many countries face, and I haven’t seen enough effort in the blockchain space to solve this. Perhaps now that crypto-friendly politicians are being elected in the United States, we’ll finally see it happen. 4 — When you tell people you’re in the blockchain industry, how do they react?Most people I meet already know this, so it isn’t much of a shock anymore. Increasingly, people are becoming more familiar with Bitcoin (BTC) and blockchain, so I suppose it’s becoming more commonplace to have a job in this industry. I always take joy in seeing people quit their square jobs to work for Bitcoin and do my best to help facilitate that. 5 — Do you subscribe to the idea of Bitcoin as a means of payment, as a store of value, as both… or as neither?Yes, both. For me, very much so. Most of my team at Quantum Economics prefers being paid in Bitcoin. It’s far faster, easier and cheaper to deal with internationally than any payment app or bank. The third part of the trilogy that defines money is a unit of account, which is a bit more difficult to get used to, but more and more we’re starting to think in Bitcoin terms. 6 — What would you like to see tokenized? When — if ever — would you expect this to happen?Leonardo da Vinci’s “Mona Lisa.” I’ve been tweeting about it to the Louvre Museum for a while now. In my mind, it’s only a matter of time. Could happen any day, really.