A Binance Headquarter In Dubai? Is CZ Discussing It With Regulators? 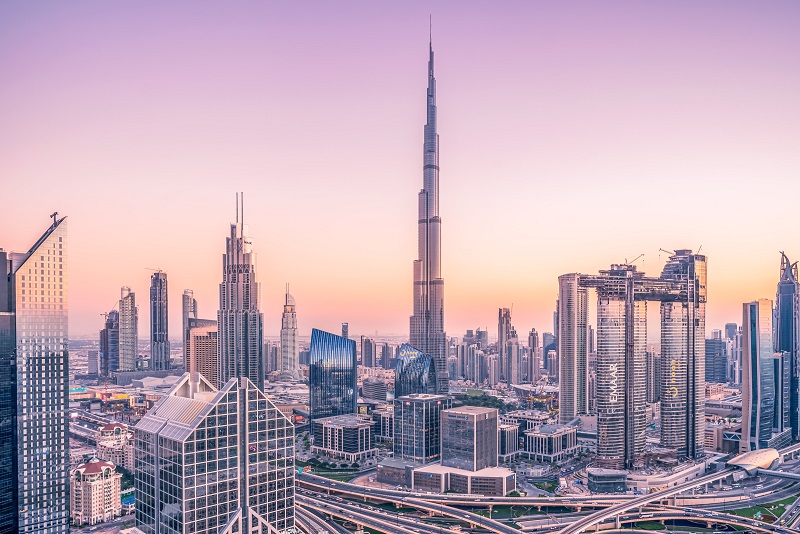 This is all hearsay, but, Binance might be moving to Dubai. Not only that, Bloomberg seems to make the case that the company will make the Gulf Arab nation its main home. Are we reading too much into it? Or are the clues right there in front of our eyes? Changpeng Zhao AKA CZ, Binance’s CEO, did buy a home in Dubai and characterized it as being “pro-crypto.”
Related Reading | Why Crypto Exchange Binance Is Restricting U.K. Derivatives Traders’ Access
Let’s get all the data before jumping to conclusions.
Binance’s Road To Compliance
First of all, there are no identifiable sources for this report. So, it can all be a rumor. However, Binance is trying to work with regulators and policymakers. Their aim is to be as compliant as it gets. Their business is too big, this is the only strategy that works. The Bloomberg article starts with:
“Binance Holdings Ltd., which has claimed to be a virtual company, has held discussions with regulators in the United Arab Emirates about a potential headquarters in the Gulf Arab nation, according to people with direct knowledge of the matter.”
Since its inception in 2017, Binance has been playing cat and mouse with regulators all over the world. They became the biggest cryptocurrency exchange almost at the time as China banned that kind of activity in their country. At the time, users could transact up to until a certain amount without going through KYC procedures. Binance set up shop in several locations, but everywhere they went the company clashed with the authorities and was unable to reach deals. Nevertheless, since the exchange was everywhere and nowhere at the same time, it made “it difficult for regulators to establish jurisdictions over” them.
This year was the breaking point. Binance “faced probes and consumer warnings in several countries, including the U.S., U.K., Japan and Germany.” At the time, CZ said that the company “is stepping up on licensing and compliance procedures and planned to establish multiple headquarters.” Is that still the plan? For the last two years, Zhao has been living in Singapore, but, once again, Binance couldn’t make a deal. “It recently suffered a setback in the city-state when its local unit withdrew an application to run an exchange.”

BNB price chart on Binance | Source: BNB/USD on TradingView.com
What Makes Us Think Binance Is Moving To The Arab Gulf?
Well, they’re trying to attract cryptocurrency companies. Is there a bigger fish than Binance in that sea? Plus, there’s this thing called the ADGM. What is it exactly?
“Officials at Abu Dhabi Global Market, a so-called free zone located on an island in the capital city, have made a compelling case with their quick rollout of a virtual asset framework and recent incentives to lure financial technology firms.”
Why does it seem to be ideal for a nomad company trying to find a home like Binance? Well…
“In a statement, ADGM said it’s open to “all local and global entities” seeking to access opportunities in the region and its “comprehensive” virtual asset regulatory framework is built for exchanges, custodians, intermediaries and related services.”
But wait… we said Dubai in the title. This ADGM is in Abu Dhabi. Well, there’s a similar project called the DMCC, and “It’s looking to issue a regulatory framework that will include licensing for crypto trading. Dubai Multi Commodities Centre has set an ambitious target of bringing in more than 1,000 crypto companies by next year.” Is Binance shopping between the two projects? That’s what the article seems to suggest.
The only quote in the whole Bloomberg piece comes from Binance’s spokesman Patrick Hillmann, “We are considering several potential strategies, including possibly establishing multiple regional headquarters.” However, CZ made this promise. “In an interview at the Bloomberg New Economy Forum in Singapore last month, Zhao said Binance has decided on a location for its global headquarters and will announce it after he communicates with regulators.”
Related Reading | LBank Exchange Co-hosts 2nd Blockchain Dubai Summit in Dubai Expo 2020
Conclusions To Close This Off
Binance’s road to compliance continues. A month ago, the company published its first traditional media ad. It contained a list of “10 Fundamental Rights For Crypto Users” that read more like the exchange’s promises and subliminal threats to regulators. The second one was:
“II. Industry participants have a responsibility to work with regulators and policymakers to shape new standards for crypto assets. Smart regulation encourages innovation and helps keep users safe.”
Total compliance is the goal. It seems like the company is on its way.
Featured Image by ZQ Lee on Unsplash – Charts by TradingView