Paul Tudor Jones talked about Bitcoin and how great of a way it is to protect his wealth in the long run on Monday June 14th. Jones compared Bitcoin to gold as a part of his portfolio. He said that he likes Bitcoin as a “portfolio diversifier” while discussing the ways to protect his wealth.The comments of the billionaire sent the price of Bitcoin over $40,000. Before the statements of the hedge fund manager, the price of Bitcoin had already seen a little surge on Sunday, after Tesla CEO, Elon Musk said that his company could possibly continue accepting Bitcoin transactions again at some time in the future. On Sunday, the price of Bitcoin was a little over $34,000, jumping above $40,000 on Monday morning. 2021 has already been a successful year for Bitcoin, as it has seen an increase of over 30 percent. In April, Bitcoin hit an all-time high of over $64,000, followed by a drop to around $30,000 in May. After the bull tun of the cryptocurrency, the interest in it has increased drastically over the past year. This added to the current situation around the world when economies around the world are awaiting increased inflation, makes investors very interested in Bitcoin. What did Jones say?Jones started off by talking about the long-awaited Federal Reserve’s decision saying that he is nervous the bank is not moving fast enough to address the inflation rate, which poses a huge threat to investors. Jones also said that the only thing he is certain about is that he wants to have 5% in gold, 5% in Bitcoin, 5% in cash, and 5% in commodities. The billionaire first displayed his interest in crypto, specifically Bitcoin last year, saying that he held almost 2 percent of his assets in Bitcoin. Following his statements, other businessmen like Ray Dalio, Stanley Druckenmiller, and Bill Miller, among others, have showcased their interest in Bitcoin as well. On Monday, Tudor Jones went as far as claiming that Bitcoin is a way for him to protect his wealth over a long period of time, saying that it is a great diversifier of the portfolio. Shortly after the comments of the billionaire, Bitcoin was selling for over $700 up.Musk on Bitcoin & TeslaPrior to the statements of Jones, the price of Bitcoin was already increasing. The main reason for this could have been the statements of Tesla CEO Elon Musk about the possibility to continue accepting Bitcoin payments at some point in the future. Musk tweeted about this matter, saying that his company would continue accepting payments only if the trend of miners using clean energy increased in the future.Tesla announced that it would halt purchases with Bitcoin back in May. According to the company CEO Musk, the main reason for the decision was the concerns around the climate impact of Bitcoin mining. Jones also discussed the impact of Bitcoin mining on the environment, going as far as saying that if he was “the king of the world” he would bank Bitcoin mining. According to the Cambridge Bitcoin Electricity Consumption Index, Bitcoin mining requires a lot of energy to support the computers. According to the Index, Bitcoin mining consumes more energy than entire countries, such as Finland, for example.Musk’s statements have been known for having a huge impact on the crypto trading market. Previously, the decrease of the Bitcoin price in May followed the announcement by Tesla that it would halt accepting Bitcoin payments. The increasing popularity of crypto tradingStatements from people like Musk and Jones further increase the popularity of crypto trading. Because these statements are mostly followed by price surges of Bitcoin, it is becoming a very popular investment option around the world. But, this is not the only acceleration of Bitcoin becoming mainstream. Crypto trading is becoming more accessible for everyone as well. Thanks to the auto trading bots, there is not much that a trader should do to invest in this market. For example, auto traders similar to Bitsgap’s Trading Bot, are capable of doing all the hard work for traders. This includes analyzing the market data, such as the historical price movements in the market, as well as opening and closing orders on their own. This is making crypto trading more accessible for traders than ever before. Even if a trader has little experience with the crypto market, these bots offer them access to the market in just a few clicks.Crypto mining impact on the environment & Musk’s viewsWhen announcing the cancellation of accepting Bitcoin payments, the prime justification for Musk was the environmental impact of Bitcoin mining on the environment. His recent statements indicate that if enough clean energy is used in crypto mining, Tesla might continue accepting payments for car purchases in the future. Over the past few months, the impact of crypto mining on the environment has become massively discussed around the world. For example, the government of Iran recently announced that it would ban mining of Bitcoin and other cryptos until September 22 mainly due to the blackouts in the country’s capital as well as other large cities.In the USA, New York, there was a special bill proposed calling for a ban on crypto mining, which was recently revised to not ban mining when using green energy sources. Elon Musk has displayed his views towards the impact of crypto mining on the environment, which has affected the Bitcoin price over the past few months. 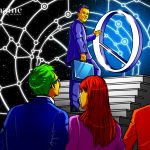 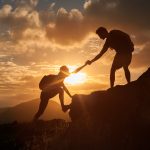 Ethereum Still Below 100 SMA, Why BTC Is Outperforming ETH