Bitcoin started a major increase above the $40,000 resistance against the US Dollar. BTC might correct lower, but downsides could be limited below $40,000.

Bitcoin was able to clear the $40,000 resistance and entered a positive zone.
The price is trading above $40,500 and the 100 hourly simple moving average.
There is a key bullish trend line forming with support near $39,250 on the hourly chart of the BTC/USD pair (data feed from Kraken).
The pair might correct lower, but there is a key support forming near the $40,000 zone.

What Could Trigger A Sharp Increase
Next Article 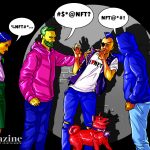 You don’t need to be angry about NFTs – Cointelegraph Magazine