Bitcoin Price Revisit $15,500
Bitcoin price started a fresh decline from the $17,000 resistance. BTC gained bearish momentum after it settled below the $16,500 support zone.
There was a move below the $16,000 level and the 100 hourly simple moving average. The bears were able to push the price towards the key $15,500 support zone. A low is formed near $15,470 and the price is now correcting losses.
There was a minor increase above the $15,800 resistance zone. Bitcoin price cleared the 23.6% Fib retracement level of the recent drop from the $16,795 swing high to $15,470 low.
On the upside, an immediate resistance is near the $15,880 level. The first major resistance is near the $16,150 zone. There is also a major bearish trend line forming with resistance near $16,150 on the hourly chart of the BTC/USD pair. 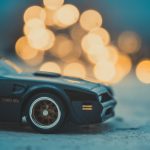