Bitcoin has now started another recovery trend that has seen it mark its position above $30,000 once more. This is a welcome development after the market had seen various crashes that have sent investors into a panic. However, while investors heave a sigh of relief as the digital asset has begun to recover, other concerns have arisen in the market, including if the uptrend will continue and if bitcoin has already seen the bottom of this crash.
Did It Mark The Bottom?
The recent comeback has indicated that bitcoin has either marked the bottom of the dip or may be well on its way to posting further losses. But there remain some indicators that show that maybe indeed, the bottom has been reached.
One of these has been that the Bitcoin RSI remains in the firmly oversold territory. Now, with this indicator in this region, there is not much that sellers can do to bring the price of the digital asset further down, especially with the powerful recovery that was just recorded.
Related Reading | Bitcoin Funding Rates Remain Unmoved Despite Plunge To $30,000
Even after falling below $25,000 for the first time in more than a year, bulls had not completely relinquished control of the market to their bearish counterparts. What this shows is that bitcoin had likely reached its bottom when it touched the $24,000 and the strength displayed to bounce off from this point suggests that there is a bit of momentum left to carry it further.

BTC price recovers above $30,000 | Source: BTCUSD on TradingView.com
Coincidentally, the digital asset has now turned green on the 5-day moving average. This indicator may not pack as much of a punch as its 50-day counterpart but still indicates returning bullish sentiment among investors. If this continues, and the bottom has in fact been marked at $24,000, then recovery towards the $35,000 may be imminent.
Bitcoin Outflows Grow
Outflows from centralized exchanges for bitcoin had been on the rise when the price of the digital asset had been falling. This would prove to only be a temporary problem though as the outflows had begun to take over inflows once more.
For the past 24 hours, the outflows from centralized exchanges had reached as high as $3.5 billion. This surpassed inflow volume by at least $190 million for the same time period.
Related Reading | How Long Will The CryptoWinter Last? Cardano Founder Provides Answers
What this indicates is that investors are once again beginning to take advantage of the low prices that presented themselves during the crash. Accumulation trends like these are usually expected when the value of an asset is slashed in such a short amount of time.
Outflows from centralized exchanges recorded for the period of May 11th and 12th came out to about 168,000 BTC, a significant amount given the current bear trend. Although BTC continues to flow into exchanges, long-term investors seem to be taking advantage of these cheaper prices.
Featured image from BBC, chart from TradingView.com 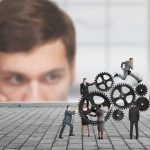 Ethereum Reclaims $2K, Why Upsides Could Be Limited Above $2.2K
Next Article 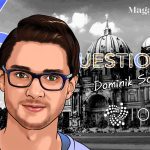 6 Questions for Dominik Schiener of the Iota Foundation – Cointelegraph Magazine