As we kick a new week into gear, there’s some high-flying sports deals that keep our Sports Slice delivered to you as we wrap up each week. Last week, we saw a tennis powerhouse property engage with new NFTs, one of soccer’s biggest stars picked up an unlikely crypto exchange partner, and another league deal in the U.S. ‘big four’ of leagues has found an NFT avenue. It’s all in a week’s work of sports and crypto. Let’s take a look at last week’s action:
The Sports Slice
Wimbledon NFTs Drop On DraftKings Marketplace
It’s one of the most historic tournaments in sports with a nearly 150 year history of gameplay. We’re talking Wimbledon, who rolled out their 100th Anniversary of Centre Court NFTs this past week, kicking off in tandem with this year’s event. Wimbledon runs through July 10.
Ronaldo Teams Up With Binance
While bearish market activity has slowed down high-flying sponsorship deals in sport, apparently Binance did not get the memo. The exchange went full-steam ahead this week, signing a new NFT deal with Manchester United player and historic soccer legend Cristiano Ronaldo.
The move came less than two weeks after Binance CEO stated on Twitter that it “was not easy saying no to Super bowl ads, stadium naming rights, large sponsor deals a few months ago, but we did.” Binance and Ronaldo are expected to release NFTs before the year is out.
Binance hasn’t been a frequent name in the Sports Slice, although it has seen coverage previously. We have limited details on the size and scope of this deal, arguably Binance’s biggest sports play to date, but we do know that it is a multi-year signing for the two parties, and NFTs between the two are expected to hit the market in the months to come.
The NHL’s New NFT Endeavor
We’ve seen major league sports leagues in the U.S. dabble in NFTs, but outside of the NBA’s partnership with Dapper Labs to provide Top Shot, few leagues have made dedicated initiatives. That looks to change this past week, as the NHL has partnered up with NFT marketplace Sweet for digital collectibles. It’s the NHL’s first and sole partner in the category, and according to the press release, will see new league NFTs hitting the market this upcoming season.
Describing the reasoning behind selecting Sweet, the league’s EVP in Business Development and Innovation, Dave Lehanski, stated:
“We invested a significant amount of time to analyze the marketplace and establish a fan-first strategy and are now thrilled to announce a partnership with a company that will not only provide us with a world-class digital NFT collectibles experience, but also a commitment to develop a comprehensive platform that is completely designed and customized for the NHL and wholly focused on connecting with hockey fans in the most authentic and engaging manner possible.”
The Colorado Avalanche just wrapped the Stanley Cup victory to close this season.
Related Reading | BlockFi Increased Deposit Rates And Removed Free Withdrawals, Here’s What We Know

Binance (BNB) is seemingly a buyer in a bear market, which bodes well for the firm’s positioning should the exchange thrive on the other side of these market conditions. | Source: BNB-USD on TradingView.com
Oregon Continues To Make NFT Connect With NIL
University of Oregon’s Division Street was rolled out last year as a tool to empower athletes around NIL opportunities. The program saw a massively successful campaign in it’s first NFT attempt, nailing down legendary Nike designer Tinker Hatfield for the bespoke NFT collection which sold out faster than you could snap your fingers and tied in a custom Air Max 1.
The latest drop details hit the market this past week, with a female-led cast of UO athletes leading the charge for the new “Visions of Flight” NFT release. 75% of the revenue will be split equally among participating athletes.
Trevor Lawrence And Barstool Trade Comments
Our team has covered new athlete and entertainment star deals in the crypto and blockchain space for several years now, including deals from Jacksonville Jaguars quarterback Trevor Lawrence. This past week, Lawrence responded to a Barstool Sports tweet that the media company conflated the athlete’s team signing bonus with his FTX signing bonus:

Related Reading | NFTs In A Nutshell: A Weekly Review
Featured image from Pexels, Charts from TradingView.com

The writer of this content is not associated or affiliated with any of the parties mentioned in this article. This article does mention University of Oregon, of which the author is an alumni. This is not financial advice. 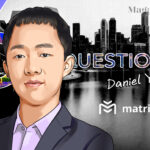 6 Questions for Daniel Yan of Matrixport – Cointelegraph Magazine
Next Article 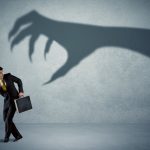