We are launching FTX Gaming because we see games as an exciting use case for crypto. There are 2 billion+ gamers in the world who have played with and collected digital items, and can now also own them.

The merging between crypto and gaming industries could provide digital tokens and NFTs to gamers with more ownership over the items they earn while gaming. FTX’s unit has begun hiring a remote team of software engineers with experience in coding in the game engine Unity.

Growing Investment In The Gaming Sphere

November 2021, FTX had announced a $100 million GameFi ecosystem fund in partnership with Solana Ventures and Lightspeed Venture Partners. As mentioned above by FTX, games make an exciting use case for crypto and this sentiment has been reflected by the inflow of investments into the gaming industry. Major tech giants have invested heavily in the developing play-to-earn (P2E) gaming ecosystem.

According to a report by DappRadar, it was mentioned there were 398 active blockchain games as of January 2022 which marked a 92% appreciation compared to the previous year.

FTX’s newest decision has been subjected to criticism despite the larger trend favoring the gaming industry. Increasingly with time, gamers, fans, and even developers have criticized the play-to-earn model which is adopted by several platforms. The play-to-earn model, helps gamers to earn while they are playing.

Those who have expressed discontentment over the model have stated that earning profits through gaming can prove to be rather dangerous and could invite further trouble.

P2E has been often regarded as a scam and unhealthy. This is because through such a model games can become highly susceptible to multiple scams.
1/ @FTX_Official is excited about our new initiative into the crossover between crypto and gaming. As game studios seek ways to bring ownership, transferability, and price discovery to their in-game economies, we intend to partner with them to provide backend exchange technology.— Brett Harrison (@Brett_FTXUS) February 21, 2022

Amy Wu, head of FTX’s US $2 billion venture capital fund, has however maintained a neutral stance regarding the P2E gaming model. Wu is of the opinion that it is quite early to comment about the impact of play-to-earn games until more studios bring in games that offer digital assets. 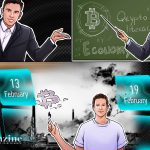 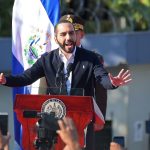