As the CEO of Tesla and the world’s richest man, Elon Musk is a well-known supporter of Dogecoin, but he recently claimed during a podcast interview that Dogecoin’s blockchain has a much higher transaction capacity than Bitcoin’s.

SpaceX is going to put a literal Dogecoin on the literal moon
— Elon Musk (@elonmusk) April 1, 2021

Other big businesses, including The Boring Company, Tesla, and SpaceX, currently accept DOGE as payment.
What Makes Elon Musk Think Dogecoin Is Better Than Bitcoin?
The time it takes to complete a Dogecoin transaction is less than 60 seconds, compared with around 10 minutes for bitcoin transactions. Musk claims that this makes meme coins a superior form of payment. A lighthearted community also contributes to its success.

Compared with Bitcoin, which is limited to 21 million coins, Dogecoin’s inflationary component allows 5 billion coins to be minted annually, which may make it more desirable to use as a transactional currency in the long run. Its production of $5 billion annually makes it an attractive medium of exchange.
A Study Supports Musk’s Claim
Deflation has the disadvantage of encouraging hoarding because as the value of a currency increases, so does its apparent worth. In 2013, the University of San Diego and George Mason University conducted research suggesting that this issue might affect the future of bitcoin’s economy, given that more than 60% of all bitcoins created don’t exchange hands since 2018.

Tesla And Bitcoin Split
In the most recent period, Bitcoin has experienced significant bullish and negative movements following Tesla’s announcement that it would cease to accept Bitcoin as payment.
Furthermore, he emphasised his independence from other meme coins that bear Elon-related names, such as Dogelon Mars.
Even though he supports two meme cryptocurrencies (Dogecoin and Shiba Inu), Musk has no interest in any other cryptocurrency.
*** 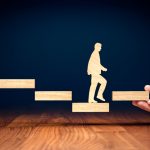 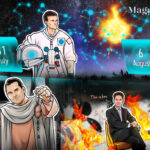