Nayib Bukele, El Salvador’s Bitcoin-loving president has announced plans to offer citizenship to foreign investors. This move could invite more investment projects like this series of reforms is a step closer to strengthening and reinforcing the country’s economy. Bukele announced this news through Twitter on Sunday, his tweet stated:
I’m sending 52 legal reforms to congress, to remove red tape, reduce bureaucracy, create tax incentives, citizenship in exchange for investments, new securities laws, stability contracts, etc. The plan is simple: as the world falls into tyranny, we’ll create a haven for freedom.
Nayib Bukele hasn’t yet stated if the bills would be targeted towards the bitcoin-linked entrepreneurs only. He has, however, mentioned and referred to El Salvador as “the land of Bitcoin Freedom”.
The Salvadoran president had promised that he intends to make El Salvador a freedom-centric country in such a time when other countries in the world have fallen into “Tyranny”.
Known to all, El Salvador has been a Bitcoin-loving nation. Last year in September, it became the first nation to have established Bitcoin as a legal tender. Bukele continued to remain positive despite the heavy criticisms from IMF regarding the risks and huge amount of volatility that crypto carries.
Related Reading | Why Venture Capital Fund Sequoia Is Pouring Over Half A Billion Dollars In Crypto
This news comes right after the U.S Senate Committee on Foreign Relations had urged the State Department to check and verify Bitcoin’s legal status in El Salvador. Every concern around Bitcoin or cryptocurrency always comes back to the illegal practices associated with digital currencies. El Salvador’s decision to grant citizenship has now inflamed its relationship with the United States.
In response to the U.S Senate trying to investigate Bitcoin’s legal status, Bukele had the sternest response. He wrote on Twitter, “You have 0 jurisdictions on a sovereign and independent nation. We are not your colony, your back yard or your front yard. Stay out of our internal affairs. Don’t try to control something you can’t control”
Senator Bill Cassidy had previously mentioned that Bitcoin or decentralised digital currency adoption “opens the door for money laundering cartels and undermines U.S. interests.”
El Salvador To Become One Of The First Countries To Offer Citizenship
U.K-based citizenship consultancy Henley & Partners stated that El Salvador will be amongst the first countries to offer citizenship to foreign crypto investors. Other countries walking the same path are Turkey, Malta, and many countries from the Caribbean.
It has also been reported that Nayib Bukele has planned to launch $1 billion in Bitcoin Bonds by the month of March. Through these funds, the president aims to finance the creation of the “Bitcoin City” project and also invest in other cryptocurrencies.
Currently, El Salvador owns 1,801 Bitcoins and the total Bitcoin holdings are valued to be at $69 million.
Related Article | Jake Paul, Soulja Boy, Other Celebs In Hot Water For Pump-Dump Scheme – Is SafeMoon, Safe? 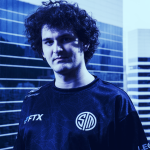 Crypto Exchange FTX To Introduce Its Gaming Unit
Next Article