Ethereum is consolidating gains near the $3,580 resistance zone against the US Dollar. ETH price could start a fresh rally if it clears the $600 level.

Ethereum remained in a positive zone above the $3,500 and $3,550 resistance levels.
The price is now trading above $3,520 and the 100 hourly simple moving average.
There is a key breakout pattern forming with resistance near $3,580 on the hourly chart of ETH/USD (data feed via Kraken).
The pair could start another increase if it clears the $580 and $600 levels in the near term.

Ethereum Price is Eyeing More Gains
Ethereum was able to settle above the main $3,500 resistance zone. ETH even extended its rise above the $3,600 level and settled well above the 100 hourly simple moving average.
The price traded as high as $3,674 before there was a downside correction. Ether declined below the $3,600 and $3,550 support levels. However, downsides were limited below $3,500. A low was formed near $3,485 and the price is now rising.
It cleared the $3,550 resistance level, and it is now trading above $3,520 and the 100 hourly simple moving average. The price is now testing the 50% Fib retracement level of the recent decline from the $3,674 high to $3,485 low.
An immediate resistance on the upside is near the $3,580 level. There is also a key breakout pattern forming with resistance near $3,580 on the hourly chart of ETH/USD.

Source: ETHUSD on TradingView.com
The main resistance is near the $3,600. It is close to the 61.8% Fib retracement level of the recent decline from the $3,674 high to $3,485 low. A clear break and close above the $3,600 level could start another increase. The next major resistance sits near $3,675. Any more gains could set the pace for a move towards the $3,750 level.
Dips Limited in ETH?
If ethereum fails to continue higher above the $3,580 and $3,600 resistance levels, it could start another downside correction. An initial support on the downside is near the $3,540 level.
The next major support seems to be forming near the $3,520 level and the triangle lower trend line. A downside break below the triangle support could lead ether towards the $3,450 support zone in the near term.
Technical Indicators
Hourly MACD – The MACD for ETH/USD is slowly gaining pace in the bullish zone.
Hourly RSI – The RSI for ETH/USD is still above the 50 level.
Major Support Level – $3,520
Major Resistance Level – $3,600 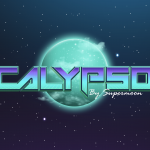 Calypso Token: The NFT Token By the Lunar System Co.
Next Article 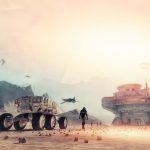 Build Base Or Bust? Bitcoin Touches Down On Parabolic Support