Ethereum restarted its decline after it failed to stay above $2,000 against the US Dollar. ETH price is holding the $1,880 support, but it must clear $2,000 for a decent increase.

Ethereum started a fresh decline and it once again tested the $1,880 support zone.
The price is still trading well below the $2,000 resistance and the 100 hourly simple moving average.
There is a major bearish trend line forming with resistance near $1,955 on the hourly chart of ETH/USD (data feed via Kraken).
The pair could start a decent increase if it clears the $1,965 and $2,000 resistance levels.

Ethereum Price Settles Below $2K
After a failed attempt to settle above $2,000, ethereum extended its decline, similar to bitcoin. ETH price broke the $1,920 support and it settled well below the 100 hourly simple moving average.
However, the price stayed above the $1,880 support. A low was formed near $1,861 and the price recently started an upside correction. There was a break above the $1,920 and $1,925 resistance levels.
Ether climbed above the 23.6% Fib retracement level of the recent decline from the $2,043 swing high to $1,881 low. It is now facing resistance near the $1,950 zone. There is also a major bearish trend line forming with resistance near $1,955 on the hourly chart of ETH/USD.

Source: ETHUSD on TradingView.com
The trend line is close to the 50% Fib retracement level of the recent decline from the $2,043 swing high to $1,881 low. The next major resistance is near the $2,000 zone and the 100 hourly simple moving average.
If ether breaks the trend line and then settles above $2,050, there could be a steady increase. The next major resistance is near the $2,050 level.
Fresh Decline in ETH?
If Ethereum fails to recover above $1,955 and $2,050, it could continue to move down. An initial support on the downside is near the $1,920 level.
The first major support is near the $1,880 level. If ether fails to stay above the $1,880 support, it could decline towards the $1,865 support. Any more losses could set the pace for a drop towards the $1,750 support zone in the near term.
Technical Indicators
Hourly MACD – The MACD for ETH/USD is slowly gaining pace in the bullish zone.
Hourly RSI – The RSI for ETH/USD is now back above the 50 level.
Major Support Level – $1,880
Major Resistance Level – $2,000 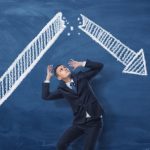 Why Ethereum (ETH) Could Nosedive Below $2K, Bears In Control
Next Article 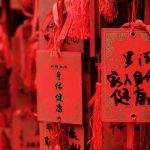