Ethereum started an upside correction from the $1,720 zone against the US Dollar. ETH price could correct further higher, but upsides might be capped near $1,850.

Source: ETHUSD on TradingView.com
The price is now facing resistance near the $1,810 level. The main resistance is now forming near the $1,850 level and the 100 hourly SMA. To move into a positive zone, the price must climb above the $1,830 and $1,850 resistance levels.
Fresh Decline in ETH?
If Ethereum fails to recover above $1,820 and $1,850, it could continue to move down. An initial support on the downside is near the $1,775 level.
The first major support is near the $1,750 level. The main support is now forming near the $1,720 level. Any more losses could set the pace for a drop towards the $1,650 support zone in the near term. The next major support sits near the $1,600 level.
Technical Indicators
Hourly MACD – The MACD for ETH/USD is now gaining pace in the bullish zone.
Hourly RSI – The RSI for ETH/USD is now above the 50 level.
Major Support Level – $1,750
Major Resistance Level – $1,850 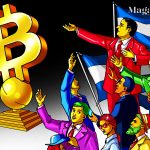