Bitcoin price was slashed in half during the month of May, leaving today as the last day for bulls to make a stand and undo the worst monthly on record.
Even if the blood stain is left behind on the price chart for good, that doesn’t mean bulls still can’t pull off an upset and push prices higher. Here are five signs that Bitcoin price has bottomed out, or will be soon.
The Signals Showing The Bitcoin Bottom Is Near
Just as extreme bullish sentiment and exuberance around mid-April was the local top of the 2021 rally so far, the current level could also act as the bottom now that sentiment has shift to the polar opposite.

A hidden bull div has formed on daily support | Source: BTCUSD on TradingView.com
Contrarian investors and traders suggest buying the fear or blood in the streets, but that’s still not the reason to think the bottom is in.
Related Reading | Building The Case That The Bitcoin Bottom Is In
Rather, technicals on nearly all timeframes point to a reversal in the making. The first ever cryptocurrency is forming a bullish divergence (above) while at daily support. The bounce happened once the Relative Strength Index hit oversold levels.

The logarithmic MACD shows momentum is turning upward | Source: BTCUSD on TradingView.com
The daily LMACD is also turning upward, showing that bulls are attempting to regain momentum on daily timeframes after a month of mayhem.
Moving up to a higher timeframe, Bitcoin price has also bounced at a rising trendline of RSI support on the three-day chart (below).

Bitcoin bounced off a high timeframe RSI support trend line | Source: BTCUSD on TradingView.com
But Wait, There’s More Reasons To Be Bullish On BTC
If that’s not enough to believe there’s a low-timeframe reversal in the making, on higher timeframes there’s still many more reasons to be bullish.
Related Reading | Don’t Have A Cow: Bart Simpson Is Back In Bitcoin
The rarely-looked-at two-week timeframe shows that Bitcoin fell to the middle-SMA on the Bollinger Bands. During the last bull market, the line was never lost. In fact, touching it resulted in the finally impulse upward.

The two-week middle-BB was retested only once during the last bull run | Source: BTCUSD on TradingView.com
The recent push down also caused Bitcoin’s most profitable buy signal to indicate “capitulation” in BTC miners. Past bull markets saw more than 8,000% and 3,500% after the last buy signal appeared per cycle.

The most profitable buy signal in crypto is about to trigger | Source: BTCUSD on TradingView.com
Nearly every time the signal appears, more upside is on the way. So why would this time be any different?
With so many signals stacking up, chances that the cryptocurrency is near the bottom are becoming more likely. Drawdowns post buy signal are still common, however, the potential reward has historically always outweighed the risk in terms of ROI versus loss.
Featured image from iStockPhoto, Charts from TradingView.com 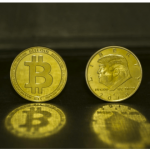