Phrasebooks and real-time translations apps developing company, Hello Pal has become the first listed company to acquire a startup mining platform, Crypto Pal, that mines Dogecoin.Dogecoin may have begun as a joke, but it is now a legitimate currency. We covered why Doge is favourite for Elon Musk here. At the very least, the meme-inspired cryptocurrency is legitimate. The cryptocurrency began trading at a cent in 2021 and reached a high of $.74 just a few weeks ago. It closed Tuesday at $.35, making it the sixth most valuable cryptocurrency by market capitalization (the total value of all Dogecoins available). Most days, trading is fairly erratic. Hello Pal will have direct exposure to cryptocurrency now for a cost of US$3.5 million. It will hold a 51% stake in the startup.Recent news related to Dogecoin includes the Shiba-Inu-themed cryptocurrency, which has no practical usage, soared from approximately 43 cents to 51 cents in a matter of minutes after Musk tweeted on 25 May 2021 that he is working with Dogecoin creators to enhance system transaction efficiency. According to Coinmarketcap.com, it has increased by roughly 30% in the last 24 hours.Elon Musk is thanked by the founder of Dogecoin. Elon Musk’s attitude on the meme-based cryptocurrency has been clarified, according to Dogecoin co-founder Billy Markus.During this last market rise, the Tesla CEO has been dogecoin’s most visible cheerleader, with his tweets and remarks frequently driving it to new record highs.Despite updating his Twitter bio to “CEO of Dogecoin” for a short time,“Doge has dogs and memes,” he said. “The others do not.”Movement in Dogecoin after the newsOn 27 May 2021, Dogecoin increased by 2.02%. Dogecoin started the day at $0.3535, down 5.43 percent from the previous day. (This section is only numbers – more noiseless powerful substance to read ) Dogecoin sank back to an intraday low of $0.3372 after falling short of the first significant resistance level at $0.3773. It climbed back through $0.35 levels to conclude the day in the green, continuing to avoid significant support levels.Hello Pal founder and CEO KL Wong stated that Dogecoin which is called bt many  ‘the people’s coin,’ is being rapidly accepted and adopted internationally. He anticipates gains to the userbase and lives streaming services from the integration of dogecoin into his company.Apple’s liking for DogecoinApple recently came up with a job posting of a crypto experience profile for its ‘alternative payment’ platform to work on digital currency. Apple also says, “Dogecoin has enjoyed a truly incredible journey from its humble beginnings back in 2013, and though there’s no guarantee the currency will reach the where Bitcoin has arrived, the phenomenal backing it’s had from Elon Musk, celebrities, influencers, and the media no doubt gives it a strong chance of success.”***

By Bobby Simmons
Bobbyis a crypto writer. She is interested in cryptocurrencies, technology, and in particular the subject of online security. An open supporter of freedom of speech, privacy, and equality for all. On a personal level, he likes to stay socially active, loves playing snooker, cricket, enjoys seafood, and loves listening to folk music.
Previous Article TA: Bitcoin Remains In Range, Here’s What Could Trigger A Strong Move
Next Article 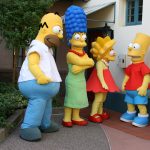 Bart Simpson Is Back In Bitcoin