How Ethereum Can Reach $2 Trillion In Market Cap, Matthew Sigel 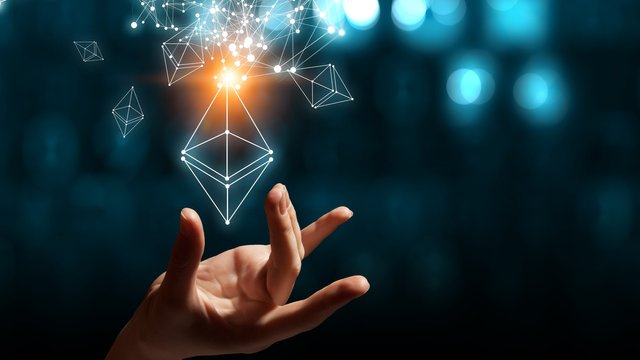 Ethereum has had a lot of growth in the past year. Growing more than bitcoin and producing more gains. But it is no secret that the market cap of Ethereum is still a long way away from $2 trillion. The market cap of the digital asset currently sits at $248 billion.
A $2 trillion market cap prediction might be overly optimistic. But Matthew Sigel does not believe that it is. According to Sigel, Ethereum can reach a $2 trillion market cap in a “blue sky scenario.” The prediction does not come as a surprise given the level of confidence in Ethereum lately. With forecasts even reaching as high as $20,000 per coin in some cases.
What’s A Blue Sky Scenario?
A blue sky scenario is used in financial markets to represent the best-case scenario for an asset. There are usually three kinds of scenarios in financial markets. The first is the base case. The base case is the most probable scenario for an asset. This is used to represent the most likely outcome for an asset. Usually the most conservative case.
Related Reading | Ethereum to $20,000? Factors Behind The Bold Call
The next is the worst-case scenario. In worst-case scenarios, everything fails regarding the asset and nothing works out. All assumptions and predictions do not come to fruition. And the asset most likely fails.
Lastly is the blue sky scenario. The blue sky scenario is when everything goes according to plan. The asset does as well as it could possibly do in the market. Forecasts are correct for the success of that asset.
The blue sky scenario for Ethereum is where Matthew Sigel believes that the $2 trillion market cap is a possibility for Ethereum.
A base case scenario would be seeing the market cap of ETH hitting $1 trillion in a few years. Maybe by the next bull market. But a $2 trillion market cap in a blue sky scenario does not seem out of place for a digital asset with countless utilities.
Ethereum is quickly catching up in popularity with the number 1 which is Bitcoin. Although Bitcoin still commands a much higher market valuation than Ethereum does by over 50%.
Ethereum Is A Disruptive Technology
Sigel has always been on the lookout for technologies that possess the power to “disintermediate not only big tech but other kinds of centralized institutions.” Sigel had said this when he was talking about his conclusions to buy Google on his investment research note “Google is evil.”
Related Reading | Ethereum Breaks $2,000, What You Should Prepare For
According to Sigel, blockchain technology is such that anyone can join the network from anywhere as long as they had an internet connection.
Sigel noted that the valuation of Ethereum is still very cheap when compared to other Web 2.0 software companies. The price to sales valuation was much lower. But he continued on to say that the volatility of the asset and the earnings model is what can help to push the price up.
Ethereum is in a position where it could capture a large share of global retail revenues.

Ethereum currently undervalued at $248 billion market cap | Source: Market Cap ETH from TradingView.com
Sigel’s May 25th research note pointed out that Ethereum was poised to take most, if not all, revenues from investment banking, asset management, payments, and trading industries.
Speaking further on this, Sigel believes that if Ethereum could capture two-thirds of this value and the Ethereum market cap and revenue ratio held steady, then Ethereum could very well land an enterprise value between $1.8 trillion and $2.3 trillion.
Matthew Sigel joined VanEck in April as the Head of Digital Assets Research. This role did not exist previously at VanEck and it is a sign that the company is moving towards more innovation and research within the digital space.
Sigel had previously worked as a financial journalist for Bloomberg, CNBC, and NHK.
Featured image from Publish0x, chart from TradingView.com