In Blackpool, a group of robbers was able to steal and hide £20 million worth of Bitcoin and other cryptocurrencies.

Contents
When was the incident first observed?How many assets were recovered from the cyber criminals?

With the gang members facing 15-year prison sentences, justice has been done. This should serve as a lesson to others that crypto crime doesn’t pay and that if you get exposed, you’ll face harsh consequences.

James Parker, who located a bug on an Australian crypto exchange platform that aided him in grabbing funds, was the mastermind behind the fraud. Between 2017 and 2018, he and his buddies were able to capture over £20 million in credits. However, only four culprits have been jailed as the mind behind this fraud, James Parker, died in 2021.

Parker and his pals were alleged to pull out crypto assets worth $26 million, $4.74 million, and $2.99 million to avoid being caught but could not spend the entire stolen assets due to the fear of being captured by the police.

When was the incident first observed?

It all began with a robbery of 15 bitcoins. The accused was Kelly Caton’s daughter, but when the police entered Kelly’s house, they were shocked to see the richness of a woman residing in a small rented house in Blackpool. According to a detailed investigation, Kelly and her friends were involved in a crypto fraud operation.

The incident serves as a reminder of how dedicated police effort can result in the prosecution of even small offenders. However, it also raises concerns about the safety of cryptocurrencies. After all, if James Parker and friends could steal that much, couldn’t someone else steal millions?

How many assets were recovered from the cyber criminals?

By Mridul Srivastava
Mridul is an MBA pursuing a content writing career. He is a dedicated, detail-oriented freelance writer with over 2 years of experience and knowledge in the fields of Web3, blockchain, cryptocurrency, and NFTs. He is skilled in producing long and short content per the guidelines and client requirements for maximum search engine optimization.
Previous Article 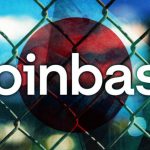 Coinbase to Wind up its Operations in Japan
Next Article