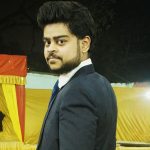 The current expansion of platforms and tokens has made liquid staking the latest cryptocurrency story. Ethereum will undergo its Shanghai upgrade in March, which will release ETH staked on the Beacon Chain. Observers in the industry believe this will be good for liquid staking methods since they offer greater incentives and payouts.

Compared to direct staking, they provide a more flexible method of earning without requiring the collateral to be locked up. The governance tokens of liquid staking platforms, which allow users to keep the liquidity of their tokens despite being locked in a blockchain network, are increasing in value while ether (ETH) and bitcoin (BTC) are in a holding pattern.

The governance token of the Lido decentralized autonomous organization is the Lido DAO, often known as LDO. Prices rose 19% over the previous seven days to $1.30, a low for the past one and a half months.

The liquid staking protocol StakeWise’s SWISS currency has surged by more than 70% in a week compared to Rocket Pool’s RPL. On the other hand, other risks are associated with liquid staking pools, such as smart contract, and de-peg risk (which damaged Lido’s stETH last year).

With a 10% rise since the beginning of the year, Ethereum has not done as well as liquid staking tokens. As of this writing, CoinGecko reports that the price of ETH is $1,323, up 1% from yesterday. The asset is still 73% below its all-time high from November 2021 and has been slowly emerging from the shadow of its bigger brother.