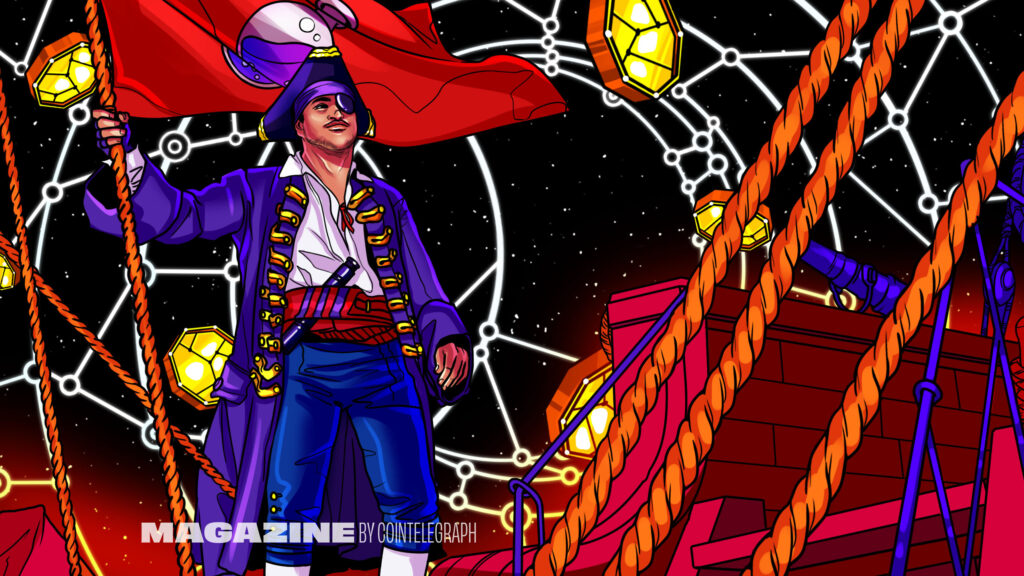 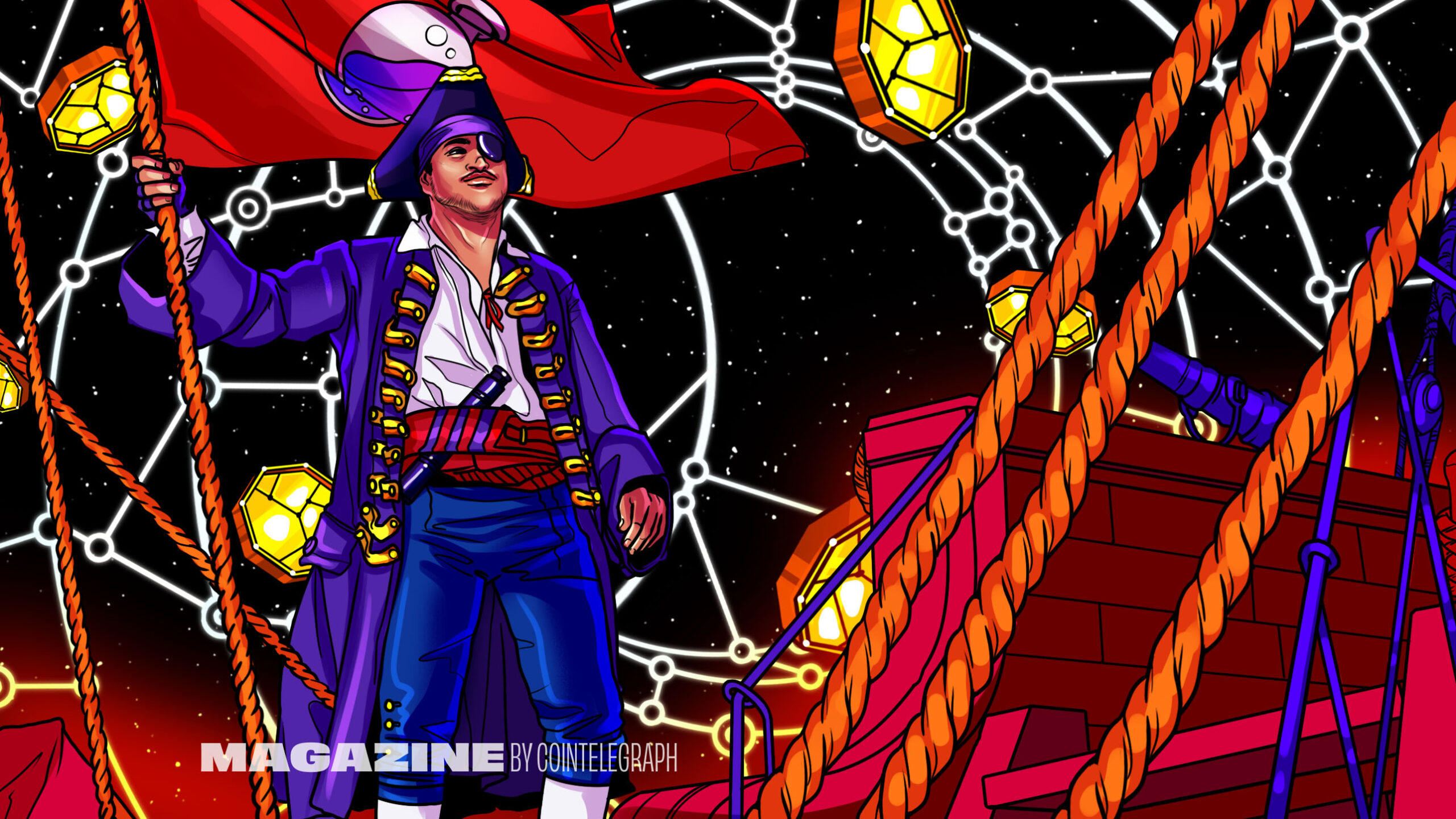 Sunny Aggarwal has vivid memories of some of the worst days of his life earlier this year. The blockchain co-founder and his Osmosis protocol were hit hard by the Terra–LUNA collapse and are still recovering from its fallout today.

“The Terra crash hit us incredibly hard because we were one of the biggest DEXs for providing liquidity to TerraUSD and Luna Classic,” he explains, “At one point, it made up over 50% of our liquidity.”

“I always tell people that the Terra Luna protocol was created by someone with either an IQ of 50 or 150. And frankly, I can’t tell which one.”

Aggarwal is a co-founder and leads the development of the $225-million Osmosis DEX, which, at one point, eclipsed $2 billion in TVL before the coming of the crypto winter.

The rise of cross-chain bridges

Osmosis is a decentralized exchange (DEX) operating on Cosmos, the creator of the interblockchain communications protocol (IBC).

At the time of the last bear market, the development of interchain technologies, allowing users, data and tokens to port between chains, was close to being on the edge of the unknown.

Laser-focused on price movements of tokens, few traders were across terminology, such as IBC, Tendermint or Cosmos. But fast forward five years, there are now nearly 50 blockchains using IBC to conduct more than 10 million IBC transactions daily across the ecosystem. And it still has more than $1 billion in total value locked across the protocol despite the market sell-off.

Apart from his work in blockchain, Aggarwal is known for his eccentric selection of hats.

The meme that started a crypto career

“A good friend of mine walked up to me and said, ‘Did you know that Dogecoin just sponsored the Jamaican bobsled team?’” he recalls. “And I was like, ‘What the hell is Dogecoin? What does it even mean?’”

Aggarwal first became aware of crypto’s existence during his senior year at Bridgewater-Raritan High School in New Jersey. At the time, crypto was a relatively new phenomenon and there were no extracurriculars or school clubs about the subject. Instead, the idea of blockchain spread the old-fashioned way.

“That sentence didn’t make any sense to me,” Aggarwal tells Magazine. “But I’m always fascinated by what I don’t know, so I went home that night and looked up Dogecoin for the first time.”

Like many others, Aggarwal found the idea of Dogecoin interesting and quite funny but did not really expect the coin to evolve into a billion-dollar-market-cap asset with celebrities fussing over it as it has.

Instead, Dogecoin became a gateway token for Aggarwal to explore the vast realm of digital currencies. And so, during his freshman year majoring in computer science and political economy at the University of California, Berkeley, Aggarwal joined a small blockchain club and began teaching the subject to a class of roughly 80 students in his first semester.

“For me, the best way to learn something is to teach it. At Berkeley, there’s this cool concept where students can teach courses as long as it’s backed by professors. And so, my computer science professor Dawn Song gave us the green light.”

A lateral path toward the interchain

From the pool of students who attended his “lectures,” Aggarwal invited them to a new club he founded called “Blockchain at Berkley,” which is still ongoing and has since evolved into an award-winning blockchain consulting and development team. After learning the required knowledge, Aggarwal interned at Consensus, the creator of the popular MetaMask wallet, after his sophomore year in the summer of 2017.

“All of us in the club were pretty much Bitcoin maximalists at the time, but we felt like something was missing in the ecosystem,” he says. “At that time, Ethereum was gaining a lot of traction, and I wanted to learn more about it.”

Contrary to expectations, Aggarwal did not find Ethereum to his liking. “It just didn’t click for me, and there was no roadmap as to how the network could have worked out in the long term.” But the experience turned his attention toward a novel mechanism called proof-of-stake consensus.

And so, Aggarwal went out and read all the proof-of-stake white papers he could lay his hands on. “Out of all of them, it was the Tendermint piece that I liked the most,” says Aggarwal, citing the protocol’s simplicity. “Devs could build this in, like, a couple of months if we all wanted to.”

That summer, Aggarwal reached out to the Tendermint team, which is the core developers of the Cosmos and IBC ecosystem, and asked if any positions were available. At the time, the would-be Osmosis co-founder didn’t even know that Tendermint was behind Cosmos. But after hearing about its projects in development, such as IBC and cross-chain bridges, Aggarwal felt that the ecosystem was a perfect fit.

Sunny Aggarwal at Cosmoverse, with his iconic headdress. Source: Cosmoverse

“Everything just clicked. The idea of Cosmos solved all the issues I saw with the Ethereum model. So, I dropped out of UC Berkeley that September and began working on Cosmos full-time. I’ve been doing it for the last five years.”

According to Aggarwal, what really fascinated him about IBC was its scalability on both the technical and social levels. “Just take a look at Ethereum,” he says. “It has gotten so big to the point where there’s tens of thousands of DApps building on it. And that, in my view, means that technical advancement on the blockchain grinds to a halt.”

Aggarwal explains that it’s simply unfeasible to consider all Ethereum projects’ needs, given the sheer numbers. “Things would be much simpler if instead of you had fully vertically integrated app chains that could iterate the protocol layer very rapidly like IBC.” In addition, the history of Ethereum hard forks further solidified his belief in IBC.

“Each application and community should have sovereignty over their own system. We can’t fork a blockchain every time there is a disagreement. If one application wants to fork, that shouldn’t cause my application to fork as well.”

Users of the Osmosis DEX can make use of 89 cross-chain bridges across 45 blockchains on Osmosis. That means one can swap in and out of connected tokens in a noncustodial manner, as well as earn swap fees for providing liquidity.

Like most co-founders, on an average day in Osmosis, Aggarwal spends most of his time taking calls and coordinating the team’s internal focus. About 25% of his time is devoted to coding and the remainder is spent networking with stakeholders in the ecosystem and with those looking to join.

But the event made Aggarwal and his team think long and hard about the protocol’s vulnerabilities. “Experiencing two tokens making up over half of our liquidity crashing to zero in a matter of days made us implement stricter safety controls.” On Osmosis, bridge rate limiting is now in place where, for illustrative purposes, a pool containing $100 million of digital assets can only have $5 million or so moved across an IBC bridge every six hours.

IBC protocols such as the Osmosis DEX connects digital assets across blockchains. Source: Map of Zones

Reflections and the road beyond

Moving forward, Aggarwal sees himself working for Osmosis in the next five years or so. “What Osmosis means will change over time; will it always just be a DEX, or transition into some other element? I can’t say for sure.” But it’s Aggarwal’s firm belief that most crypto projects will be built on Cosmos “in the next decade.” “Hence,” he says, “I can definitely see myself working on this stuff for the long term.”

As to his ultimate vision for DeFi, Aggarwal says it all boils down to one catchphrase he’s polished over the years:

“It’s all about enabling privacy for the individual and transparency for the system.”

He points to the example of Robinhood and the firm’s practice of selling customers’ order flow to big hedge funds to make a profit: “That’s why we want to build a privacy-enabled DEX where none of that stuff happens. But at the same time, we want the system to be accountable. We want users to see, for example, how much overall leverage the protocol has. And not some clouded manifestation like in CeFi. That’s the vision I want to give.”

Zhiyuan Sun
Zhiyuan Sun is a technology writer at Cointelegraph. Initially starting out with mechanical engineering in college, he quickly developed a passion for cryptocurrencies and finance. He has several years of experience writing for major financial media outlets such as The Motley Fool, Nasdaq.com and Seeking Alpha. When away from his pen, one can find him in his scuba gear in deep waters.