One of the most popular blockchain video games, Axie Infinity, was targeted by hackers who stole over $600 million worth of cryptocurrency. Coins were transferred between the game and the blockchains using a network called the Ronin network.
An Axie Infinity breach was verified in a blog post by Sky Mavis, the same business that owns Axie Infinity, six days earlier than previously reported by Reuters.
According to Ronin’s blog post, the hackers made off with 173,600 Ether and 25.5 million dollars in USDC. Axie Infinity’s Twitter account also verified the incident. Chainalysys, a blockchain tracking business, has been hired by Ronin to trace the stolen assets.
After-effects of the hack
After the breach was made public, the value of Ron, a token in use on the Ronin blockchain, plummeted by 22%. Tokens used in Axie Infinity, such as AXS, have had their value drop by around 8.5%, according to data from CoinMarketCap.
With the help of major crypto exchange and blockchain tracker Chainalysis, Ronin claims to be keeping tabs on the movement of the stolen assets in its blog. Law enforcement officials have also been mentioned by Ronin. No comment from Ronin was returned immediately.
According to blockchain forensics company Elliptic, the stolen crypto was sent to two bitcoin exchanges. As many as a dozen exchanges recognized the theft but did not confirm that any cryptocurrency had been transferred to the new accounts.
About Axie Infinity
Axie Infinity is a virtual world populated with Pokémon-like animals known as Axies, who are the focus of the game.
While playing, users may raise and combat digital monsters known as “axies” tied to nonfungible tokens, similar to Pokemon-style video games (NFTs).
In the game, players may earn cryptocurrency, which they can then swap for real money on a variety of cryptocurrency exchanges.
According to Business Insider India, Axie Infinity processed NFTs worth $3.5 billion in 2021. Axie Infinity’s long-term viability is in doubt due to the game’s economics, which may require the purchase of new players.
*** 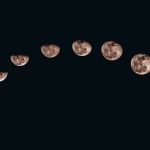 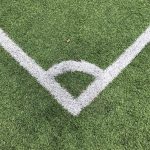