The Open Network (TON) and Huobi Global have announced an expanded collaboration that will span a number of areas. As part of this collaboration, the cryptocurrency exchange has announced that it will be listing Toncoin, the native cryptocurrency of the TON ecosystem.
The cryptocurrency will be available to trade on September 7th, 2022, in the TON/USDT pair on the spot trading platform. TON deposits were officially opened on September 5th, and withdrawals will open on September 8th, 24 hours after the coin becomes available for listing.
This expanded collaboration will also see 1 million TON tokens kept aside as part of a marketing campaign budget. It will go towards marketing events, airdrops, trading contests, and staking with up to 300% APY.
Lily Zhang, Chief Financial Officer of Huobi Global, had this to say about the collaboration; “By leveraging its user-friendly mass-market products, TON has the potential to become one of the most promising layer-1 blockchains that could bring hundreds of millions of Web 2.0 users to the crypto world. With the integration of TON mainnet, Huobi is well-equipped to support promising projects built in the TON ecosystem.”
An important thing to note about the expanded collaboration is that it does not end at the listing of Toncoin. It will further focus on expanding the opportunities that are present in the Web3 space, which will include supporting businesses and developers building in Web3, incubating and providing investments to Web3 projects, and implementing technologies and products on The Open Network.
“We are excited that Huobi Global now supports TON mainnet. We look forward to actively supporting the TON ecosystem together,” said Steve Yun, a founding member of the TON Foundation.
About TON Blockchain
The Open Network (TON) is behind the famous @wallet Telegram bot. This is the first and only Telegram bot that allows users to send cryptocurrency to one another through a decentralized peer-to-peer system. TON had initially been developed by the Durov brothers, the founders of Telegram, but later handed the project over to the TON community, which has overseen its development ever since then.
Toncoin is the native cryptocurrency of the TON ecosystem, and users can easily send Toncoin to one another on Telegram using the @wallet bot. The project is led by the TON Foundation, a non-commercial group of supporters and contributors/developers.
The TON Foundation recently announced the launch of the @wallet bot on Telegram that allows users to buy, sell, and store Toncoin. Transactions are cheap and lightning fast, and the blockchain is user-friendly and fully scalable. There are currently over 1 million active Toncoin wallets, with an operating turnover of $5 million recorded last quarter.
About Huobi Global
Huobi Global is the 9th largest crypto exchange by trading volume and the leading cryptocurrency exchange in the Asia market. The company has consistently provided reliable services in the digital asset space that spans spot and derivatives trading, crypto loans and yield products, and crypto staking, among others.
It holds compliance licenses in a total of 12 counties, such as the United States, Japan, Thailand, and Gibraltar. The company was founded in China in 2013 and is currently based in Seychelles, with offices in the United States, Japan, South Korea, and Hong Kong.
The crypto exchange sees more than $500 million in trading volume daily and has been able to develop an impressive suite of crypto platforms and suites. Some examples are Huobi Capital, the investment arm of the company, Huobi DeFi Labs, which is a DeFi ecosystem development platform, and HECO Chain, an eco-friendly and developer-friendly blockchain, etc. 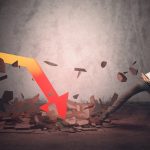 Bitcoin Price Breakdown Looks Real, Why BTC Could Dive To $18K
Next Article 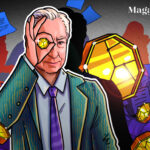