To reconstruct museums, theatres, and other cultural institutions devastated by Russia’s invasion in February, the Ukrainian government sold nonfungible tokens to generate more than $600,000.
The Ukrainian MetaHistory NFT-Museum raised 190 Ether cryptocurrency tokens on its first day of sales by selling 1,282 items of art, the museum stated in an email.
Using images of wreckage, damage, Ukrainian troops, blazing flames, and their flag, the NFTs want to provide a visual record of the conflict.
Ukrainian Government and NFT
The Ukrainian government has launched NFT sales in order to generate crypto-contributions and finance required to rebuild and support the country’s military endeavors.
Retail and professional investors alike have embraced the tokens, which mix cryptocurrencies and blockchain technology with the sphere of creative endeavors.
Crypto contributions have already brought in around $70.2 million for the Ukrainian government. There are also hundreds of NFTs that the government has received and will sell in the future.
The significance of each NFT
Using a basic formula, each NFT combines a news article from an official source with an artwork by a Ukrainian artist to provide facts and personal commentary.
The NFTs will be minted sequentially to preserve the history of the occurrences. As a result, Ukrainian artists will utilize their artistic abilities to demonstrate how the conflict has been seen by the people of Ukraine, from its inception until its conclusion.
The motive for selling the NFTs
The Metahistory Museum will collaborate with other efforts to raise funds for Ukraine’s military and civilians, as well as educate the public about the country’s history. Ukraine’s Ministry of Digital Transformation will get all of the money raised from the sale of its NFT collection.
The Truth Fund was established by Ukraine’s leading IT firms, the Ministry of Digital Transformation, and the Kyiv School of Economics with the goal of combating Russian propaganda and disclosing the truth about the conflict in Ukraine to the world.
As Russia and Ukraine’s geopolitical issue has been referred to as “the world’s first crypto war,” the crypto community has raised millions of dollars for Ukraine through the asset class.
“War bonds,” which we’ve never seen before due to Russia’s unexpected and impetuous invasion of the nation, are a novel use for NFTs. With the money collected via NFTs, Ukraine’s military and cultural infrastructure may be supported at the same time.
*** 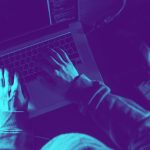 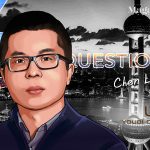