UniLend Finance has released a new update on 15th October for its much-anticipated Version 2 of their DApp, following on their mission to “Make every Digital Asset Productive”.
The announcement was greeted with enthusiasm by their community and everyone is waiting to see how V2 brings a never seen before experience for users in the DeFi space.
UniLend is a multichain permissionless Lending & Borrowing protocol for all ERC20 tokens. They are developing a Futuristic Base Layer for all DeFi applications.
Their V2 version, a new innovation in the money market, will allow anyone to start lending and borrowing any ERC20 token just like anyone can start trading any token on a decentralised exchange (DEX) without approval/permission. UniLend Finance’s V2 brings the dual asset pools for lending & borrowing with price feed oracles and gas optimization. It also lists features like Flexible Lending, Flash Loans, Non Fungible Liquidity, Concentrated Liquidations, On Chain Price Feed, Security and a Seamless User Experience.
The team understands that to enable DeFi to attain mass adoption, they must integrate a seamless user experience. An easy-to-use and intuitive user experience can make the DeFi ecosystem more accessible and grow faster.
Currently, UniLend V1 Permissionless Protocol has been live for more than a year on four major blockchains: Ethereum, Polygon, Binance Smart Chain, and Moonriver with more than $50 Million Flash Loans executed and anyone can easily create their token pool all by themselves.
As per the blog released by the team, UniLend v2 Code is already live on Github. Emphasising on the importance of security of the protocol, V2 smart contracts are audited by two leading blockchain auditors, PeckShield and Slowmist followed by a Multi-Tier Bug bounty program with developers platform ImmuneFi.
Quoting the CEO, Chandresh Aharwar, “The lending landscape still needs more innovation & experimentation to fulfil the need of an ever-growing crypto ecosystem with more assets supported. UniLend Finance V2 solves this with implementation of a safer approach of isolated lending pools.”
After months of rigorous internal testing and developments, UniLend V2 public tesnet goes live on 27th October, on various testnet on multiple chains like Rinkeby, Ropsten, Moonriver’s Moonbase, Kovan, Polygon Mumbai, and BSC testnet. With this release, a new era of the financial system will impact the lives of billions of people with inclusion into DeFi.
With more than 100 partners in the space, ongoing developments remain a top priority as the team continues to empower the DeFi ecosystem as it gets closer to deploy its eagerly anticipated protocol. With this significant protocol development, UniLend will be able to tap into the over $500 billion cryptocurrency market cap, holding their fundamental belief to keep a user-first philosophy at the centre of all its developments. It’s clear UniLend Finance is a true competitor in the lending and borrowing arena with a laser-focused vision to deliver on long-term goals. 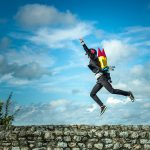 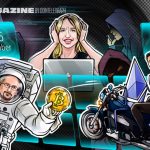