Bitcoin price started a fresh increase from the $45,500 support against the US Dollar. BTC is likely to accelerate higher above the $48,000 resistance zone.

Bitcoin is trading nicely above the $45,500 and $46,500 resistance levels.
The price is now trading below $47,000 and the 100 hourly simple moving average.
There is a major bullish trend line forming with support near $46,250 on the hourly chart of the BTC/USD pair (data feed from Kraken).
The pair is likely to extend its increase above the main $48,000 resistance zone.

Source: BTCUSD on TradingView.com
An immediate resistance on the upside is near the $48,000 level. The next key resistance is near the $48,150 level. The current price action suggests that bitcoin price may soon clear the $48,150 high. In the stated scenario, the price is likely to accelerate higher. The next main resistance could be $50,000.
Dips Limited in BTC?
If bitcoin fails to climb above the $48,000 and $48,150 resistance levels, it could start a downside correction. An initial support on the downside is near the $47,000 level.
The first major support is now near the $46,500 zone. The main support is now forming near the $46,250 level. There is also a major bullish trend line forming with support near $46,250 on the same chart. If the price fails to stay above the trend line support, it could move down towards the $45,500 support level. The next major support is near $44,500.
Technical indicators:
Hourly MACD – The MACD is now gaining pace in the bullish zone.
Hourly RSI (Relative Strength Index) – The RSI for BTC/USD is well above the 50 level.
Major Support Levels – $46,250, followed by $45,500.
Major Resistance Levels – $48,000, $48,150 and $50,000. 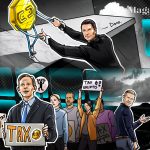 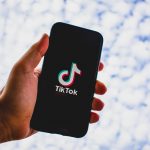