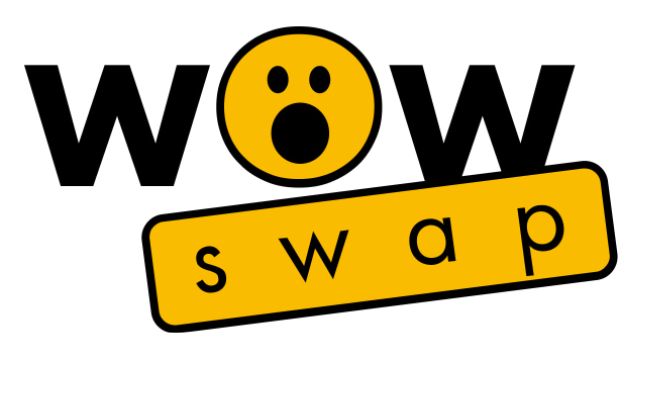 WOWswap, a decentralized leveraged trading platform is celebrating the first anniversary of its $WOW public token sale on February 25, 2021, bringing an end to one of the most successful budding years for a cryptocurrency project.
WOWswap, a decentralized exchange that offers traders up to 5X leverage is celebrating the first anniversary of its public token sale that set records at launch. The platform successfully completed one of the fastest token sales, with the $WOW token maximum cap sale being oversubscribed over 13X, and sold out at a record-breaking 9 seconds. The public sale cap of $700,000 USD was reached faster than previous token sales of the same nature, with a total of $11 million USD sent to the public sale contract from more than 1,000 unique crypto wallets.
Launched in early 2021, WOWswap has made its name as one of the best DEXs offering leveraged trading, while giving traders control over their own funds. The decentralized exchange also offers a cross-chain platform with multiple blockchains supporting it including Ethereum, Solana, Arbitrum, Avalanche, Binance Smart Chain, IoTeX, Polygon, and HECO Chain.
For liquidity providers, they can supply stablecoins or major crypto assets to the lending pool and receive substantial interest paid by the traders.
WOWswap achievements in 2021
Since the launch of the $WOW token, the DEX has had a successful and development-filled year. One of the biggest developments on the platform is the introduction of the first-ever leveraged trading for NFTs on Ethereum. WOWswap is building atop the NFTx platform, which is a non-fungible token (NFT) fractionalization platform. As a result, you can FOMO in or merely speculate by trading popular NFTs with leverage. Currently, some of the most sought-after NFTs feature on the platform including CryptoPunks, The Doge NFT, and Cool cats.
Additionally, the platform also introduced over 200 tokens and trading pairs, allowing traders to trade up to 5X leverage on their capital. This places WOWswap as one of the largest leveraged trading DEX. Notwithstanding, the team has also built several long-term partnerships with Metis, Pangolin Exchange, Mimo Exchange, and a Joint Venture with Netswap.
The Hacken-audited platform also launched decentralized governance protocols with $WOW staking. Simply, users stake their $WOW tokens and receive non-transferrable $xWOW tokens that can be used in voting for proposals and upgrades on the DEX. This gives users of the platform a voice in deciding on the crucial financial and economic parameters.
Last but not least, WOWswap released the WOWswap Pro version to cater to the needs of professional traders.
The WOWswap Pro launches
WOWswap Pro was built to ease leveraged trading on the platform. The Pro version features a minimalistic and extremely easy-to-use interface enabling traders to open and close a leveraged long or short in just one click. Apart from the advanced interface, WOWswap also gives professional traders an experience that boosts their control over their own assets and more opportunities to gain from leveraged trading.
The platform includes a chart and analysis tools for all assets supported on WOWswap for a professional analysis of when to open and close a position. Traders can also monitor and manage all their open positions directly on one page, get the liquidation price before opening a trade and receive news on the top asset gainers and announcements with a click of a button.
Lastly, WOWswap Pro also introduces limit orders on its trades. Limit orders allow traders to set take profits and stop losses on their trades, giving traders time off the screen while the trade is closed.