Bitcoin is still struggling to clear the $40,000 and $40,500 resistance levels.
The price is currently trading near $38,000 and the 100 hourly simple moving average.
There is a key contracting triangle forming with support near $37,500 on the hourly chart of the BTC/USD pair (data feed from Kraken).
The pair could decline heavily if it settles below the $37,000 support and the 100 hourly SMA.

Bitcoin Price is Facing Key Hurdles
Bitcoin made another attempt to gain bullish momentum above the $40,000 resistance. However, BTC failed to continue higher and it remained in a key range below $40,500.
The last swing high was formed near $40,923 before the price started moving in a range. It corrected lower below the 23.6% Fib retracement level of the upward move from the $31,088 swing low to $40,923 high. The price is now trading near $38,000 and the 100 hourly simple moving average.
There is also a key contracting triangle forming with support near $37,500 on the hourly chart of the BTC/USD pair. If bitcoin stays above the triangle support trend line, it could start a fresh increase above $39,000. 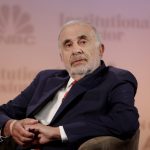 Earlier crypto hater billionare Carl Icahn to invest $1.5B in Ethereum
Next Article 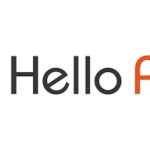